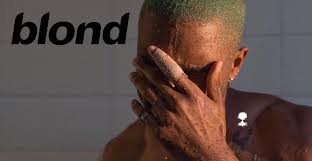 I’d like to take a moment to talk to you about introspection – yours and mine, if that’s alright. Your album Blonde came out last year, in the hazy summer of 2016. There was a flurry of media coverage and hype that it would have been hard to miss, especially for someone with a twitter account as desperate to try and vaguely follow trends as I was. A lot has happened for me in the year since, and it looks like the same goes for you.

Amongst the press, countless youtube channel op-eds and recommendations from anyone, a conversation started during August or September. I gave it a listen. It was likely at around 6:45 on a saturday morning. I heard the album, listened a little, said ‘meh’ and moved on. My interest outside the folk and rock I’d grown up on was only just being born, and perhaps the percussion-less, airy atmosphere, and my unbearable high-minded derision of anything popular was just too much of a gap to jump when Blonde was first released. Now it would comfortably be placed in my top 2 albums of all time, and with a gun to my head, I think it would probably take top spot.

It’s clear the music didn’t change. Any album, but especially one as wholly tied-together as this, is a singular experience which does not change, regardless of who’s listening. But listeners do change, and the autumn and winter of 2016 were big months in my recent life. I prepared to leave school, and realised that soon my life would no longer be a graded performance. I left a relationship messily, and started going to parties more. These leave a young man with some questions. Undoubtedly ones many others have found the answers to before me, but ones that left me plenty to struggle over nonetheless. Frank, I’m sad to say it but your music is not the party kind. There’s little in the way of hi-hats, producer tags and basslines, and as poignant as they are, your lyrics will never bring a smile to my face as simply as ‘my new bitch yellow, she blow the dick like a cello’. But without those nights out, I would never have come to have the connection to your music I do now. 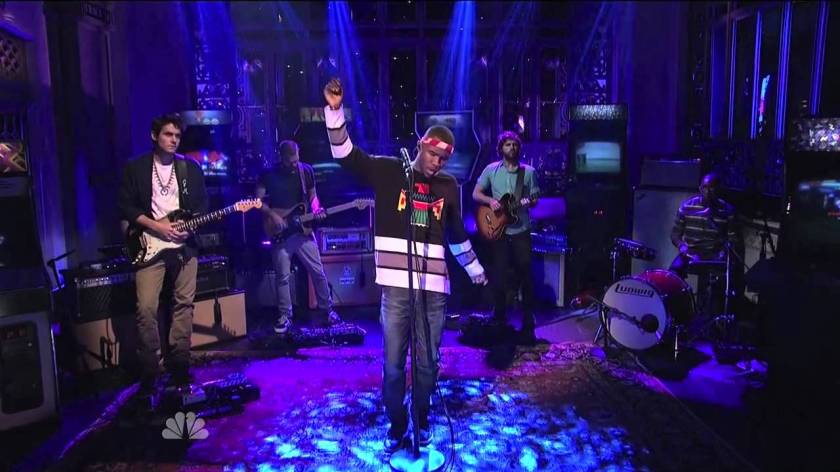 Being a teenager is an angsty mess, and being a teenager with important exams, going through a breakup and taking up drinking simultaneously? That’s about as disgustingly angsty as an angsty youth gets, and I’d like to take a moment to apologise, only partly jokingly, to the people who’ve gotten to know me in the past 9 months. There were several parties in a row left early. Several nights out cancelled, and more than a couple of nights polishing off a bottle of wine on my own and drunkenly stumbling home, regardless of the walk being 20 minutes or 3 hours. There was one lamppost hugged. On two occasions.

I can’t speak for anybody else, but I don’t think Blonde was an album built for the hype it received. After an insular few years hiding from a spotlight that begged you to return, what you gave was an hour of the most beautifully insular and introspective music a teen asking himself questions while drunk at 2 in the morning could ask for. I can’t tell you when exactly I picked the album back up, or why. I can’t tell you what drew me to it when walking through streetlights in suburban England. Your lyrics certainly weren’t what drew me in first. I’m a middle-class white boy from North London, and your stories of the fame and people changing as you grew offered me nothing to immediately hold on to – both fame and growing up were (are) distant possibilities. But sonically, I can find no better equivalent of a hug than the cushioned synths of ‘Nikes’, or the indescribably beautiful – I want to say whooshing sound? – marking the change halfway through ‘Nights’. In time I’d listen sober, listen while having emotional phone calls, listen while crying in my room – all your favourite cliches. I’d reach a point where the words you said became irrelevant, and the music served only as a background for my own episodes of self-questioning and reasoning. Then I’d circle back round and listen to the words you said with all the attentiveness I could, gleaning every possible scrap of information and constructing your world between my headphones, escaping from my own. 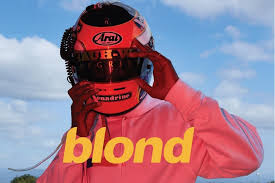 I never want to meet you, Frank. I’m not the greatest conversationalist, and we’re two people who could not have had less to talk about if we tried. You worked your way independently through an industry ready to block you at every turn, for any number of reasons. I have grown up with everything I need and am yet to know even what I want to do with my life, let alone apply myself to that path in any way. But in our secular worlds there’s a parallel, of late nights and a tendency to overthink and fantasise, and for expressing that emotion and atmosphere through music I cannot thank you enough.