Hello! This letter in is regards to the spoken words of the 1980 track “Seen and Not Seen” on Talking Heads’ Remain in Light. This letter is also about lowercase-a art.

My belief is that art—I’m including books, movies, music (live and recorded), fine art, architecture, dance… probably not street art—is an existential wayfinding system for us to navigate and understand the universe. Or at least that’s what good art does, lord knows bad art can blindfold us and point us towards a ditch. Good art can take us over and direct our attention, like the fungal parasite that takes over ants’ heads and turns them into zombies.

When I was younger, my parents would occasionally drive me to the record store after soccer practice. In the fall of fourth grade, I clomped cleats-first into The Wherehouse in Fresno, CA, shinguards sagging, and picked out Remain in Light. A year before, an uncle had given my brother and I his sun-yellowed, dashboard-melted cassette of Fear of Music, and when allowances allowed we expanded our Talking Heads collection. The ‘digital masks’ cover was instantly appealing, and I liked the upside-down A in the title (thanks, Tibor.) At home before I was called to dinner, I popped in the tape and my eyebrows were instantly raised. Ha ha – whaaa, what was this? It was instantly bewildering, but entrancing.

There are too many ideas in Remain in Light to mention, but the concept that wedged itself deepest in my psyche, without me really being aware, were the words to “Seen and Not Seen.”

Maybe we can change our faces. I liked that idea.

We can change our personalities.

I thought about the digital masks on the cover. What were they for? Had Talking Heads changed their faces? Did they change their personality change to fit the new appearance?

I thought about faces a lot when mine went to shit four years later. Heavily unkind skin on my face and body put my personality into retreat. Crazy acne had made it difficult for me to look at myself and I would go days avoiding the mirror. I grew my stupid floppy hair out so it would cover my eyes, and a fragile ego fell under the spell of self-loathing 90s alt rock. Teenage dismay oozed out of every engorged pore, oxidized by tears and multiple rounds of accutane. I mostly stayed indoors when I wasn’t at school, making drawings and playing guitar. Any time I caught a glimpse of myself I could only think about how badly I wanted to see something other than what I was looking it. Something in the Paul Newman – Robert Redford continuum would be great, thanks. 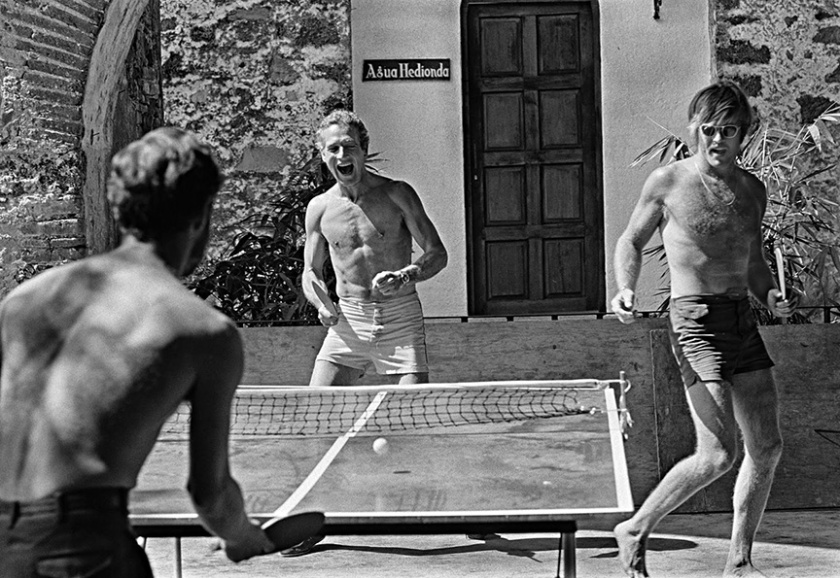 Medications and the march of time pulled me out of the worst of it in time to leave home and head to college. I left the west coast for the witchy weirdness of Providence, RI, a place where no one knew me or what I used to look like. There was a moment on my first night in the dorms, sitting on the edge of my bed, paralyzed by indecision – I wanted to stay in the room and hide, I wasn’t able to shake the darkness by myself. It felt like sleep paralysis, being unable to move a muscle on your own accord, stuck in your body. A wonderful individual from Ohio who became a dear friend burst into the room to invite me out, and I jumped up. And at that moment, a concept popped into my head that I didn’t remember ever learning:

You can change your personality. You don’t have to stay the way you are.

Oh – and you can maybe change your face, if you concentrate real hard on it for long enough.

In that moment, I was able to willfully flip an internal switch from introverted/sulky to extroverted/excitable, and I haven’t gone back. I learned to appreciate my face, and I’m very happy that there is someone special who seems to like it too.

Thinking back now, I can’t help but ask – did you, David Byrne, ever envision a scenario in which a child takes the thesis of “Seen and Not Seen” and applies it to his life, over the course of two decades? Would I still look the way I do if I never encountered this song? Would I have been able to shift my personality? Is ‘force of will’ a real thing? Is there anyone else born in the early 80s who has done this, and if so, what kind of results are they getting?

Thanks for listening, and thanks for the good art. I’ve experienced the world through a Talking Heads-shaped lenses for many years and enjoy the vantage. I haven’t even gotten to the ongoing significance of “Don’t Worry About the Government” and the line ”I’ll be working, working, but if you come visit I’ll put down what I’m doing, my friends are important.”

Seen and Not Seen